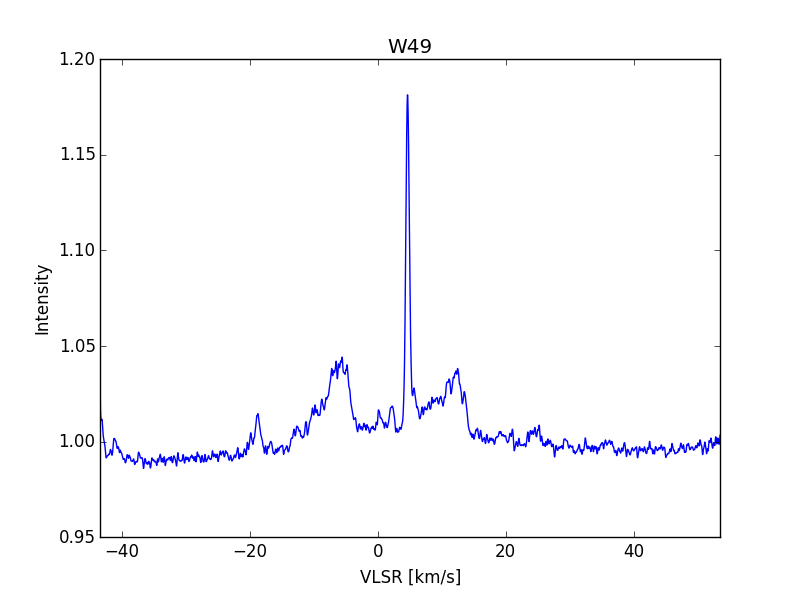 From literature we noted that the range was very wide.
So we expanded the bandwidth with frequency hopping. The method is to set the SDR to a certain frequency, next integrate over a time like 1 minute, and then re-tune the setting and integrate again. After a full circle the end result is written to disk.
This cycle is repeated. The integration time is now 1/number of channels, so the number of cycle time has to be multiplied by NoC for thesame result without hopping.
If you tried to write the script yourself but failed; show me, and we will help.
The correction for the bandwidth lookes special. 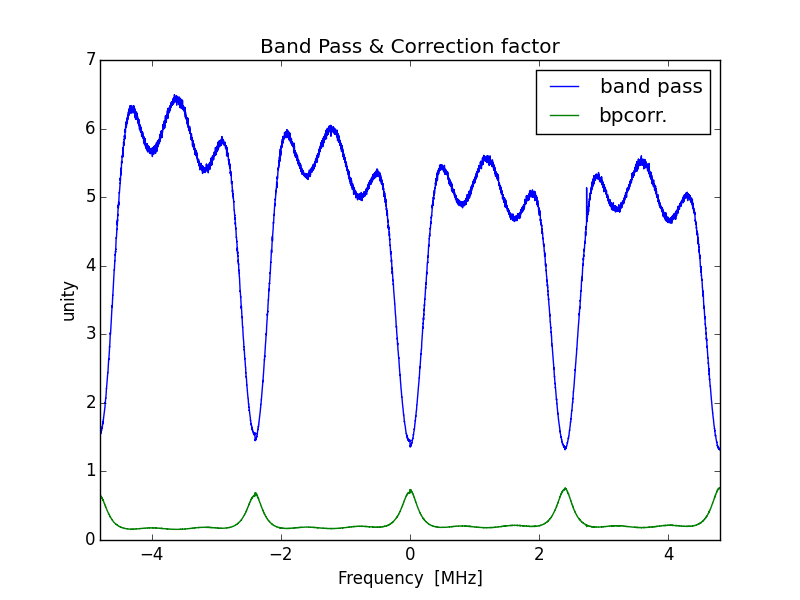 The results measured over the period May to September 2022 were interesting.
When recording the profile, it was noted that the profiles are not constant; they even were not constant over a short time. 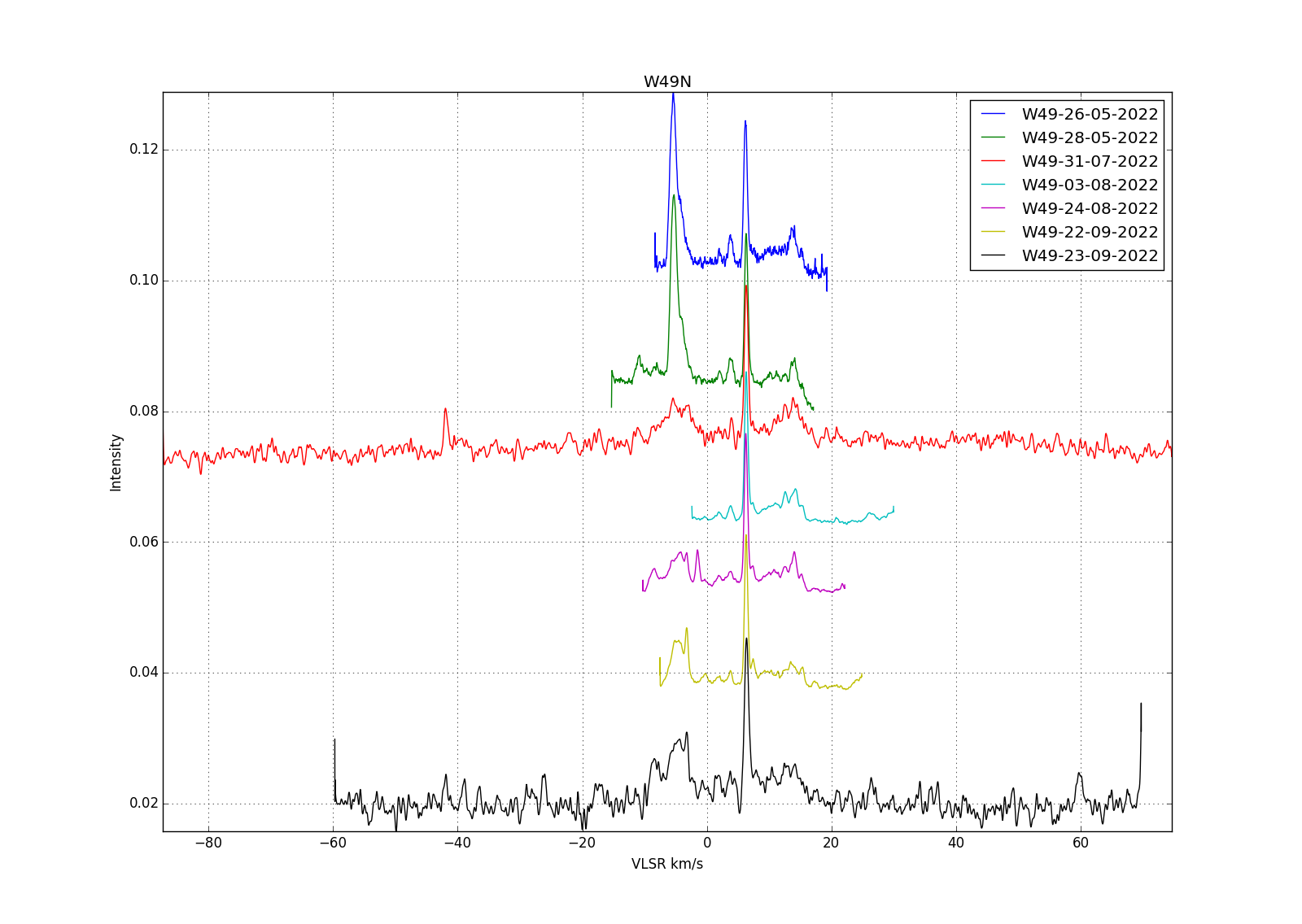 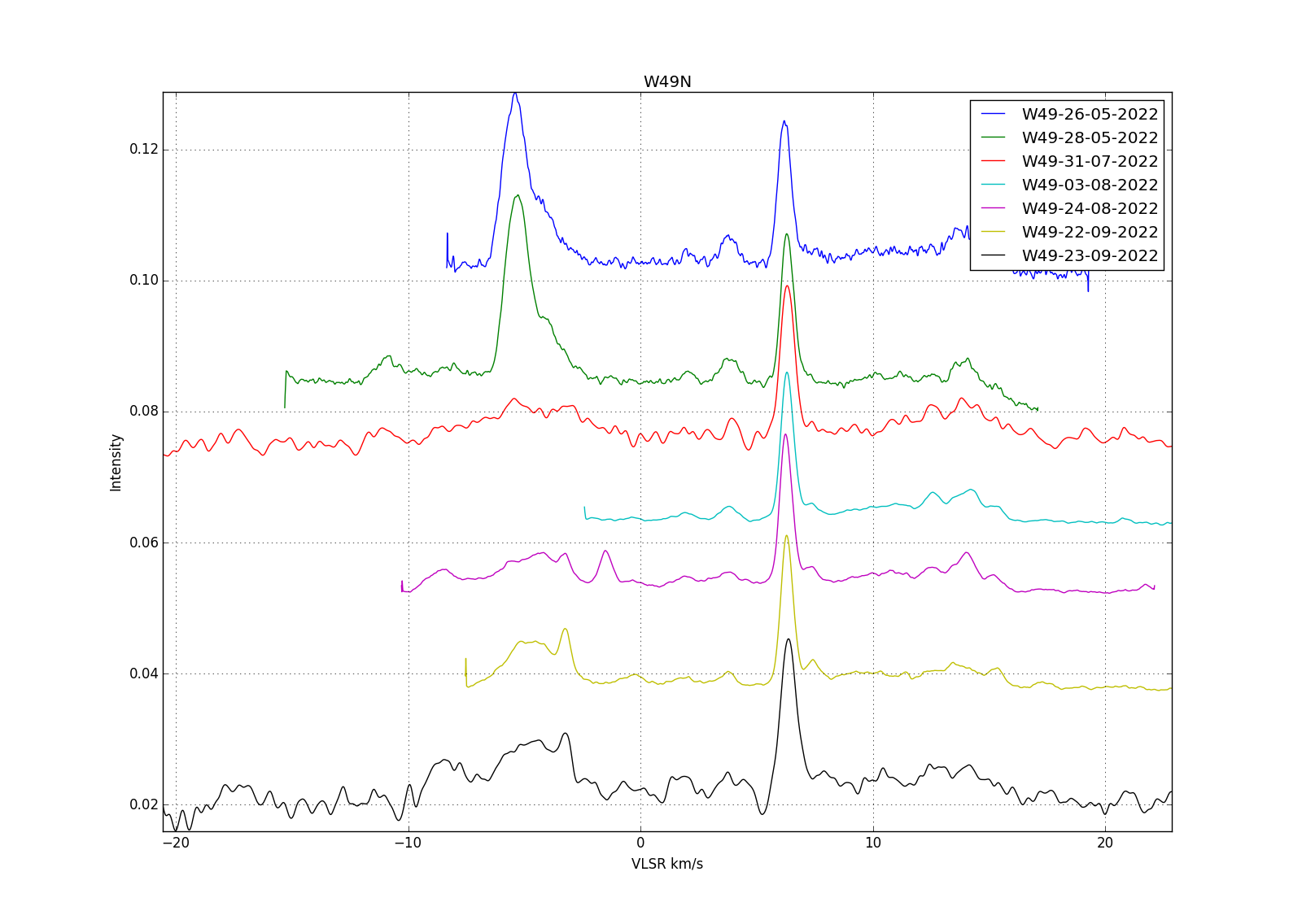 An explanation is that clouds are orbiting the protostar and when they are inline with the observer, extra masing takes place and the protostar masing signal is amplfied.
when it surpasses the inline direction the signal drops again.
By monitoring a long time, an orbital period could be found. 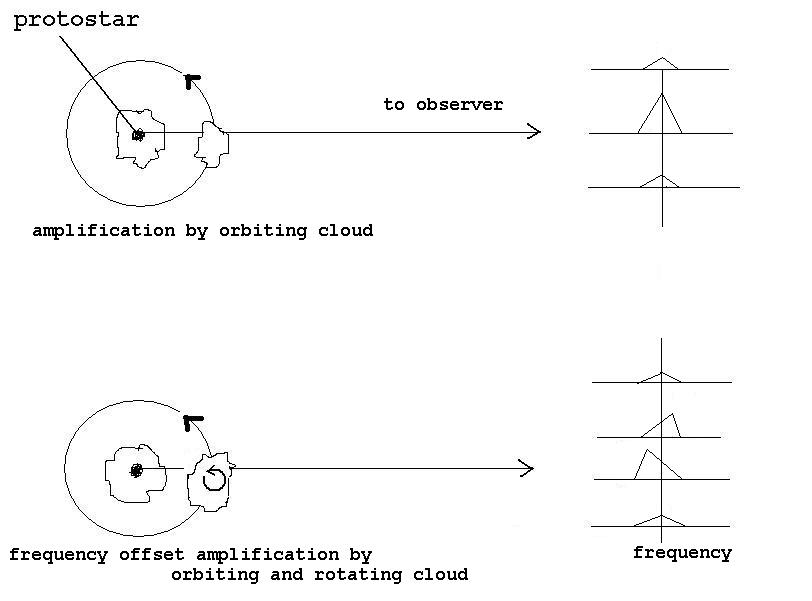 Schematic of amplitude and frequency modulation maser around protostar

Interesting is now that when a cloud is also rotating on its own axis and then passing the inline direction, the maser peak signal frequency will change up and down (or vv).
When this is monitored accurately, the rotation speed can be determined.
The measurement in the paper gives a deviation of 36kHz, and this gives a surface rotation speed 1700km/h. In comparation; the earth equator surface rotates with speed of 1600km/h.
With the SG telescope we do our best to also capture this effect, but it is difficult with a DRO based oscillator.
Solution could be a GPS based LO or perhaps a GPS based pilot tone insertion. Other solution may be by comparing 'stationary' peaks to the monitored peak.


It can be shown that the signal of W49N is so strong, that it also can be captured with a drifting measurement.
The telescope is steered to the transit location by adding time to the predicted location transit. next the telescope movement is halted.
The sampling was done, as always, with Cfrad2.exe.
In the past, a drift experiment was also done on NML cygn in 2016; see http://parac.eu/projectmk15b.htm.
Here is an overview result. 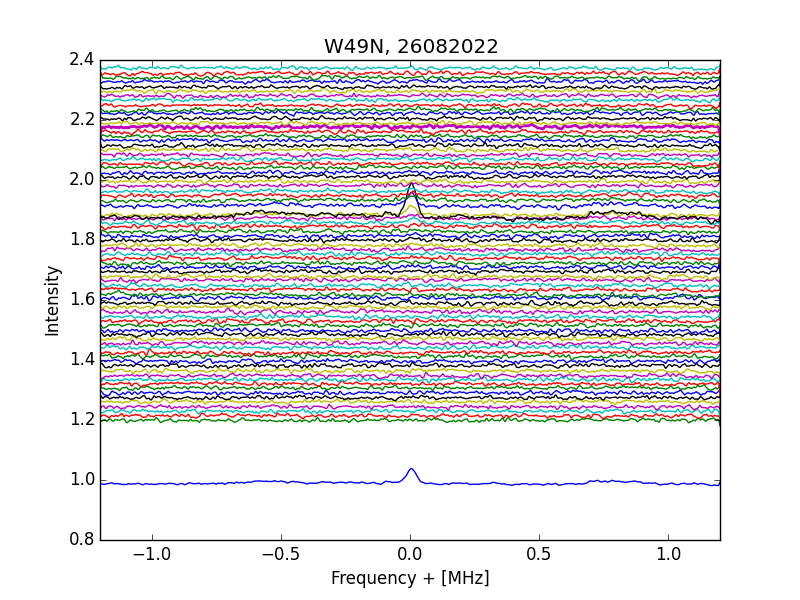 The selected line is obtained with an integration time of 20s. 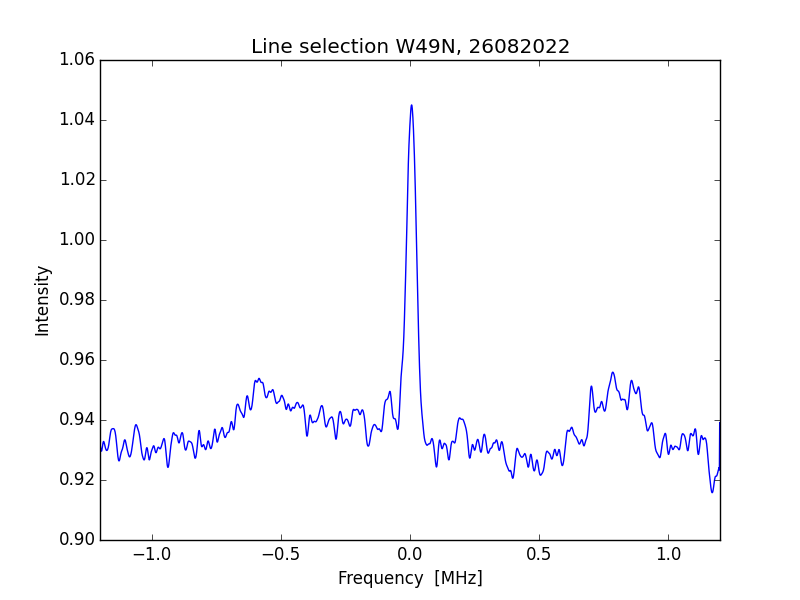